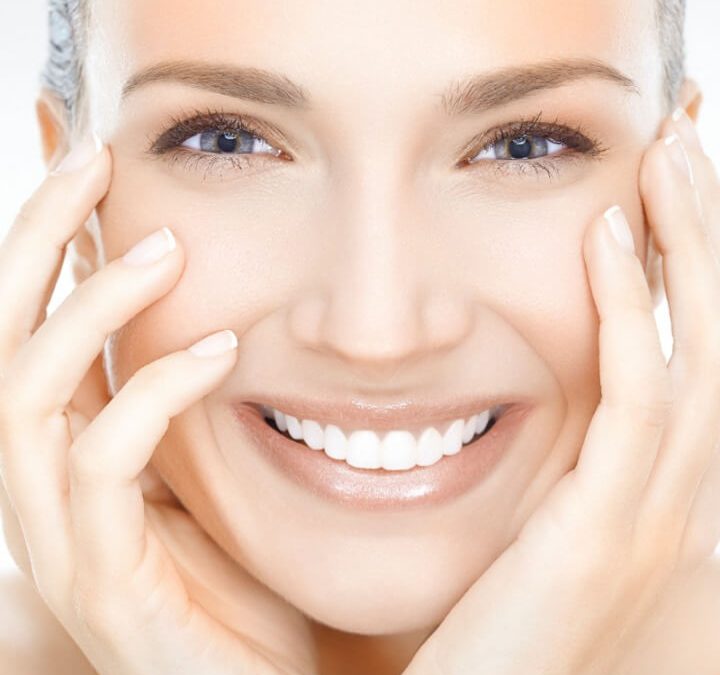 Fraxel is a non-invasive laser therapy providing a wide array of treatment options to address many forms of aging, customized to each patient's needs and concerns, many requiring minimal recovery time. It's the perfect solution for people who want their skin to look younger, but don’t want to look plastic or fake and can’t afford a lot of time away from work or their social life.

Most of us wish we could slow down the effects aging has on our looks – and maybe even get a few years back in the process. Fraxel® is proven laser technology that can help reverse the visible effects of aging, naturally helping you look as young as you feel. With Fraxel, change isn’t drastic or scary – it’s you, just younger.

Fraxel is effective on:

FRAXEL BY THE NUMBERS

In science and medicine, sometimes statistics can tell a bigger-picture story. Some impressive numbers:

As you age, your skin's collagen and elastin simply break down faster than your body can rebuild them. The slowed remodeling of these skin-tightening proteins causes your skin to thin, droop and lose elasticity—which often leads to winkles, furrows and fine lines.

If you have wrinkles on your face or around your eyes, you've probably had a wonderful life, rich with laughter and emotional experiences. After all, expressions like smiling, laughing, pondering and squinting naturally involve the contraction of muscles—which can lead to wrinkles, furrows and fine lines.

Age spots are due more to sunning than aging. These spots—also called sunspots, brown spots or liver spots—are flat, uneven dark patches on the face, neck, chest, hands and arms and other areas that are regularly exposed to the sun. Though usually harmless, these blotchy brownish patches can make you look and feel older than you really are.

In the sun, your body reacts by producing a pigment called melanin to protect your skin from ultraviolet rays. If you spend a lot of time in the sun, your skin may overreact by producing too much melanin. That increased pigmentation can result in age spots, which fall into a broad medical category called "pigmented lesions."

Melasma—which is most common in women and affects about 45 million people worldwide—appears as irregular patches of brown skin on the forehead, cheeks, upper lip and nose. Like most other pigmented lesions, Melasma is not dangerous, but it can be a self-confidence crusher, prompting many women to hide behind a mask of make-up.

Melasma is most common during hormonal fluctuations associated with pregnancy, oral contraceptives or hormone replacement therapy. So instead of celebrating the beauty of motherhood, women with Melasma must wear what's often called "the mask of pregnancy.

Actinic Keratosis (AK) is a common pre-cancerous skin condition that affects approximately 10 million Americans each year. AK lesions typically appear as a scaly or crusty growth in areas that are frequently exposed to sunlight. People who have fair complexions are more prone to AKs than are people with medium or dark skin.

Although Actinic Keratosis is considered a pre-cancerous condition, it is very treatable. Standard therapies include topical ointments, freezing, surgical excision and Photodynamic Therapy (PDT) . Now physicians are increasingly turning to lasers, such as Fraxel technology, to effectively treat AKs.

Over the years, your skin is exposed to sun, air pollution, stress, fatigue and lifestyle factors such as smoking. It all can affect your skin's texture, color and tightness.

To resurface your skin and correct imperfections, there are many options from chemical peels to dermabrasion. But unlike other remedies that scrape, peel and cut the surface of your skin, Fraxel laser treatment has been cleared by the FDA to safely, gently and effectively resurface your skin from the inside out. That means improved texture, more even tone and smoother skin—all with minimal risks, and without discomfort and prolonged downtime of other procedures.

Scars are depressions or indentations in the skin that occur after a medical condition such as acne or after a surgical incision. Especially when they're on the face or other visible areas, scars can carry the stigma of adolescent acne long after the acne is gone, or they can serve as unpleasant reminders of a past surgery.

Acne scars can occur as the skin heals from pimples, whiteheads and blackheads that form when oil, bacteria and dead cells get stuck below the skin's surface. Acne scars are typically indented marks or raised, red areas that sometimes give the skin a wavy appearance. Surgical scars, meanwhile, form naturally as skin heals from an incision.

Fraxel is an advanced technology – but how it works shouldn’t be a mystery. Here are some details on the treatment and the science behind it. Remember, every patient’s circumstances are different, so for specifics, it’s best to talk to your Fraxel physician one-on-one.

FRAXEL SAFETY AND SIDE EFFECTS

With a track record of over 800,000 treatments, Fraxel technology is proven to be safe and effective for multiple indications. But because skin types and conditions can vary, some side effects are possible.

FRAXEL IS THE MOST ADVANCED TRACK RECORD—FOR ADVANCED SKIN SCIENCE

Fraxel laser treatment removes years from the skin's appearance—without the degree of risks and side effects commonly associated with other procedures. That's because our team of scientists, physicians, clinicians and engineers are dedicated to developing safe, effective solutions for rejuvenating your skin. The Fraxel track record speaks for itself:

When you get a Fraxel treatment, you can feel confident you're receiving a safe, effective procedure. Fraxel is a treatment you can trust.

How is a Fraxel treatment different from other laser skin rejuvenation procedures?

Traditionally, two kinds of laser treatment have been available for cosmetic skin treatment: ablative and non-ablative. Typical ablative treatments, which use a high temperature to vaporize unwanted tissue, can be effective—but with significant side effects and several weeks of recovery time. Non-ablative treatments, meanwhile, have very few side effects and low downtime, but they commonly require numerous treatments to produce more modest results.

Fraxel laser treatment delivers the potency of ablative treatments with the gentle safety of non-ablative lasers. So you get the best of both worlds: dramatic results and less downtime.