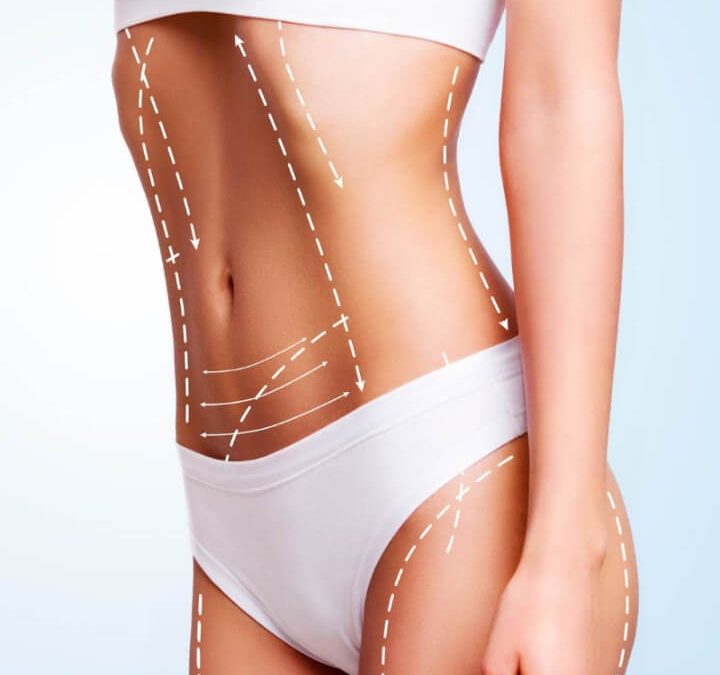 Have you been spending hours in gym for months now, and still haven’t experienced any significant weight loss? Does it seem like no matter what you eat as a part of your diet, nothing works?

The weight dilemma is quite common among many people and regardless of what they do, no significant improvement occurs in their appearance, including the contours of their body. If you want that firmness and lightness back, then lipo laser is the precise solution for you.

WHAT IS LASER LIPOSUCTION?

Laser Liposuction is an ideal treatment for almost all patients who suffer from undesired fat deposits. This is an especially exciting and hopeful procedure for those patients who have tried all types of diets and exercise technique to treat certain problematic body areas and saw no results. Laser Liposuction – is a new, minimally invasive technology that liquefies fat for easy removal and state of the art body sculpting with a very short recovery period, and what is most important, with fast and permanent cosmetic results. Laser Liposuction technology safely delivers the optimal blend of laser wavelengths for better fat removal and enhanced tissue tightening. 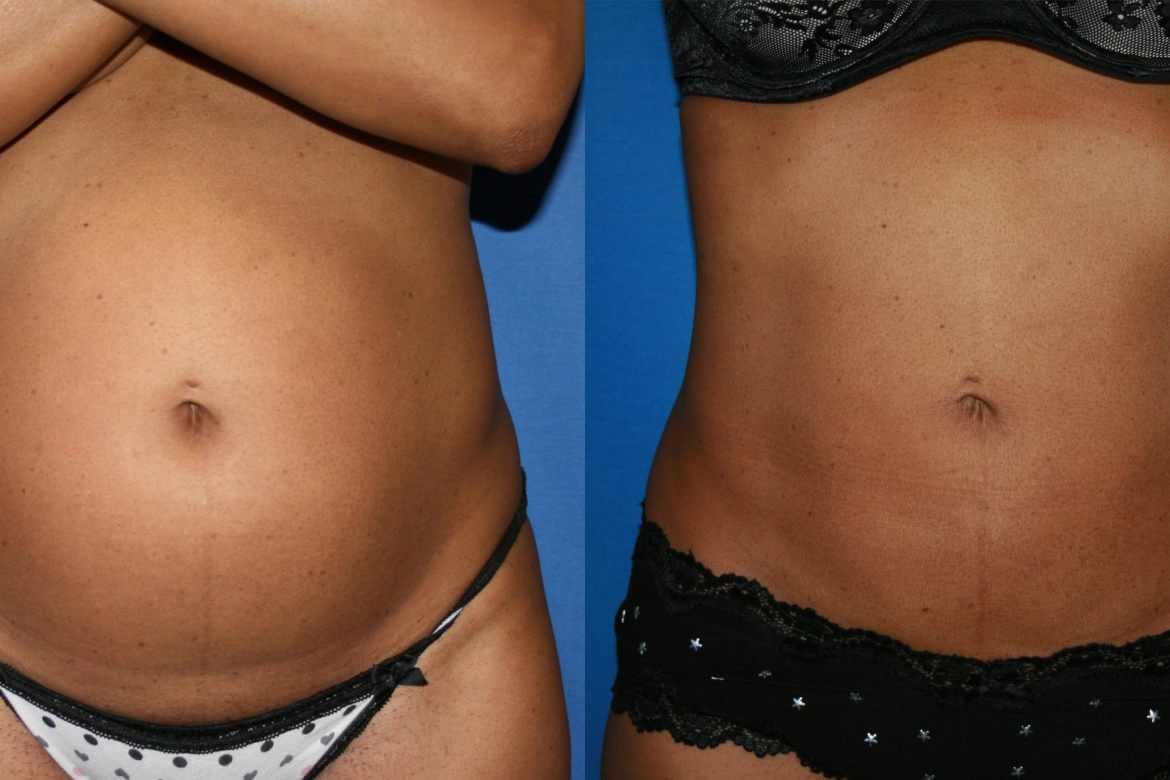 Laser liposuction is a new laser surgery procedure that treats a person using a minimally invasive procedure that effectively liquefies fat. This liquefied fat can be easily removed, restoring the body to a form that is much more graceful and attractive in a very short period of time. The best thing about lipo laser is that the results are consistent and fast!

The laser technology used for liposuction at VIP MEDISPA delivers a unique and safe blend of wavelengths that are extremely effectual in removing fat tissues as well as in tissue tightening.

Through this method, you can easily and safely get the results you have always wanted! 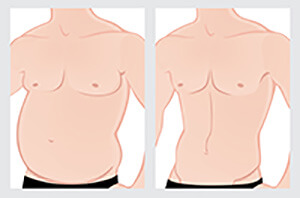 HOW DOES LIPO LASER WORK?

Traditional liposuction methods involved large incisions for the removal of fat. The laser liposuction procedure is far more advanced and less invasive as it involves use of a tiny cannula which is no larger than the size of the tip of a pen. This cannula is inserted into the skin through an incision measuring a tiny 2 to 3 mm at most. 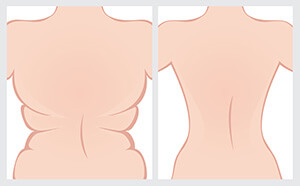 The lipo laser procedure is performed under local anesthesia, making it more comfortable for the patient and allowing quicker recovery times. Dr. Grishkevich Max then uses the laser to successfully melt the excess fat tissues. Once these tissues have been melted using the laser, the liquefied fat is sucked out of the body through the cannula.

The whole procedure is highly efficient and the tiny incision significantly reduces the chances of a person developing an infection during recovery, as was the case with traditional liposuction procedures. Many cosmetic surgery professionals consider traditional liposuction procedure as being outdated and a harsh method of removing fat particularly because it requires use of general anesthesia. The traditional methods resulted in longer recovery times, pain, larger scars, and increased chances of having loose skin after the surgery has been performed.

Its modern laser counterpart, on the other hand, delivers direct energy to the fat cells, rupturing them. The liquefied fat can be easily and gently sucked out. The laser also stimulates production of new collagen. Collagen is an important substance required for healthy skin, and as a person ages, the production of collagen is reduced.

Traditional liposuction has been in practice for quite some time. There is no doubt that before the emergence of lipo laser, the traditional liposuction method was a decent method for removal of fat. However, due to its traumatic nature as well as the invasive method of removing fat, it has some major downsides. Post-surgery, patients suffered a number of side effects all over the body, including numbness, bruising, scarring, skin atrophy, unevenness, and infection due to the large incisions required.

The procedure was also performed under general anesthesia, which led to painful and prolonged recovery. Laser lypolysis, or laser liposuction, is a modern method approved by the FDA. It is the newest and the most effectual procedure that enables a surgeon to safely remove unwanted fat tissues from various areas of the body. The first step of this procedure involves heating up the fat tissues. The second step is the removal of the liquefied fat.

IS LASER LIPOSUCTION SUITABLE FOR ME?

Laser liposuction is the ideal treatment for those people who are not generally overweight, but have fat deposits accumulated in certain areas of the body, including flabby upper arms, love handles, facial fat, or fat on the lower torso. By 2012, as many as 800,000 laser lipo procedures have been performed all over the world with exceptional results.

THE ADVANTAGES OF LASER SURGERY

There are numerous advantages offered by laser liposuction, such as the following:

HOW MUCH DOES LASER LIPOSUCTION COST?

The laser liposuction cost varies from one individual to another, depending on the areas they want to treat and the amount of fat deposits that need removal. A free consultation with Dr. Grishkevich Max at VIP MEDISPA can give you an accurate figure.

HOW SAFE IS IT?

Laser liposuction is a procedure that is used to target precise areas of the body where fat has accumulated. It has been approved by the FDA and over 800,000 procedures have been successfully carried out throughout the world with no problems whatsoever. For your peace of mind, you can read laser liposuction reviews by those who have undergone the surgery, and you’ll clearly see that this procedure is completely safe!

Laser liposuction is undoubtedly the most effective treatment currently available for removing fat deposits from various places of the body, including the thighs, tummy, upper arms, and many other areas. It is a safe procedure that provides quicker recovery time and is minimally invasive. The best way to see how you can benefit from this procedure is to arrange an appointment with Dr. Max Grishkevich at VIP MEDISPA who will be able to provide you valuable guidance.

Get in shape now and forget about spending hours in gym and skipping on the foods that you love the most! Losing weight has never been easier.

1What are the negative effects of laser lipo?
There are some negative effects of laser lipo, and they include: 1. Pain: Laser lipolysis may result in some pain and discomfort. The laser may cause soreness and tightness in your treated areas. Additionally, you may experience some swelling and bruising. 2. Possible complications: In addition to pain and swelling, there may be possible complications with laser lipolysis, including discoloration and scarring. These complications are rare, but it is important to be aware of the risks involved with laser lipolysis. 3. Unsuccessful results: Another potential risk of laser lipolysis is that the results may not be permanent. Over time, your body may regain the fat that was treated with the laser. The results of laser lipolysis may vary from person to person. 4. Lack of results: Another potential risk of laser lipolysis is that you may not experience any results at all from the procedure. Some people who have undergone laser lipolysis have reported that they experienced no significant change in their appearance or body shape after the treatment was complete.
2How long after lipo laser do you see results?
There is no fixed time on when you can see results after lipo laser. It may take 2 to 6 months for results to show. This will depend on the area that was treated, your body type, diet and exercise. Results are also dependent on the intensity of the treatment.
3How does Laser Liposuction work?
Unlike during traditional liposuction requiring large incisions, laser – assisted lipolysis procedure is performed using a tiny cannula (tube) about the size of tip of a pen, which is inserted under the skin through a 2-3 mm incision. The entire laser liposuction is performed under local anesthesia which leads to a faster and easier recovery and proves the minimal invasiveness of the procedure. Traditional liposuction is considered by many an outdated and more traumatic method for fat removal because of its use of general anesthesia (painful recover process, longer down time), bigger scars, and possibility having loose skin after the procedure. The laser delivers energy directly to the fat cells through the cannula, causing them to rupture. The liquefied fat is then easily and gently suctioned out. New collagen is produced, resulting in tissue tightening.
book an appointment